The below post was originally written in January 2013 for my Tumblr and has been copied and back-dated here to match that.

Yesterday, I worked on a video talking about the video games I played in 2012. While doing my voice recordings, I seemed to be picking up more static noise than usual. Maybe I did the last time I did a recording too and was simply used to it. It had been months since my TTT2 review.

In any case, it bothered me enough to see if there was something I could do about it, and there was.

Here’s how, as noted on the Audacity wiki:

-Find a portion of the recording that is ONLY the noise you want to remove. I usually have a few seconds of lead-in and lead-out time when I make my recordings, so that part’s simple enough. 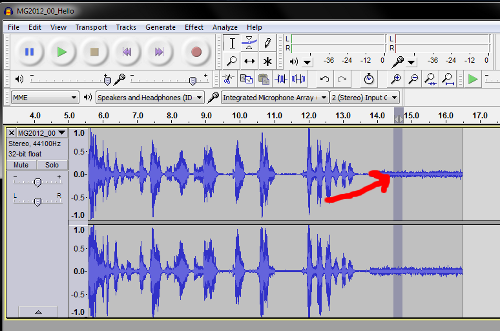 -Go to Effect -> Noise Removal and click on the button that says “Get Noise Profile.” 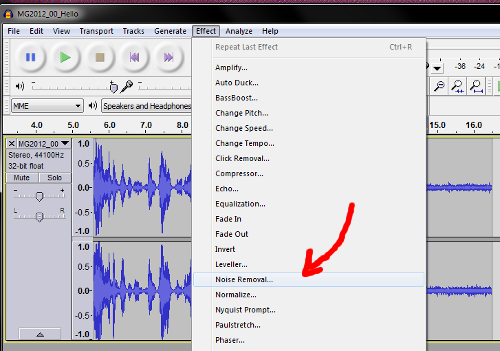 -Now select the portion of audio from which you want to remove that noise. For me, that’s the part between my lead-in and lead-out parts. 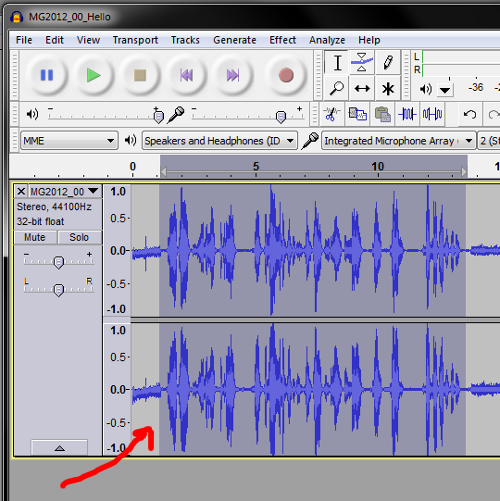 -Go to Effect -> Noise Removal again but this time check that the “Remove” radio button is selected and then click on the “OK” button. 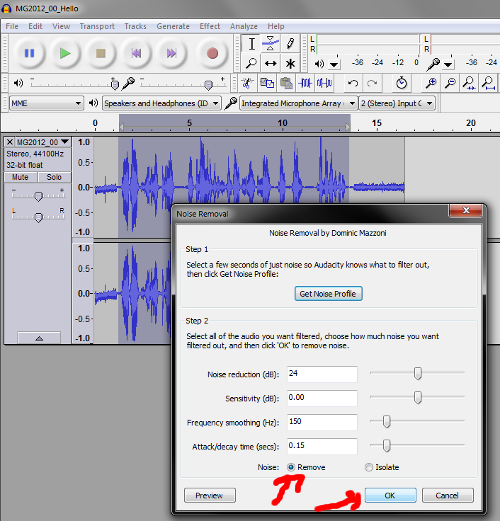 And there it is. The link above has some more tips to improve it in case you are not satisfied. For me, it was enough for the most part. It sounded just fine from my laptop’s speaker and only had a hint of static with my speaking when I was wearing headphones. Nobody commented on it being an issue on the video. I have a few views and a couple of likes so can only assume it’s either not a problem or not a big, noticeable problem.

UPDATE January 2018: The “Audacity wiki” text originally linked to a specific wiki page. I have removed it because the page is gone and am leaving the original text of my tutorial intact. The last image used in this post shows “Remove” selected, but as of this typing, the menus look a little different and instead use the wording “Reduce.”