Things I was pleased with from this set:
-Felt this person was on my level, most fun I’ve had playing online so far
-Landed some combos that ended in the new b2,1uf move
-Punished with 1,1,2 some of the time
-Landed some rage arts
-Landed some ws2 combos
-Performed at least one electric though it was blocked

There are few small cuts since this was compiled from four different clips I saved.

Things I was not pleased with from this match:
-Too many b3+4, 3+4s instead of combos
-No follow-ups to the counter hit get up kicks

Things I was pleased with from this match:
-I did better than the first couple of times I faced a Noctis online
-Landed some hellsweeps

Thing I was not pleased with from this match:
-Hellsweeps but not hellsweep combos

Things I was pleased with from this match:
-Accidentally hitting a high pounce
-Landed a rage art at the right time
-The end

To be honest, I’m mainly uploading this for the ending. I didn’t like most of my play here, didn’t like the match-up, and this stage is my least favorite.

There is no music because I concentrate better with it of

Things I was pleased with from this match, besides winning:
-Doing a combo with b3+4 instead of just b3+4, 3+4 at least a couple of times
-Landing a rage art 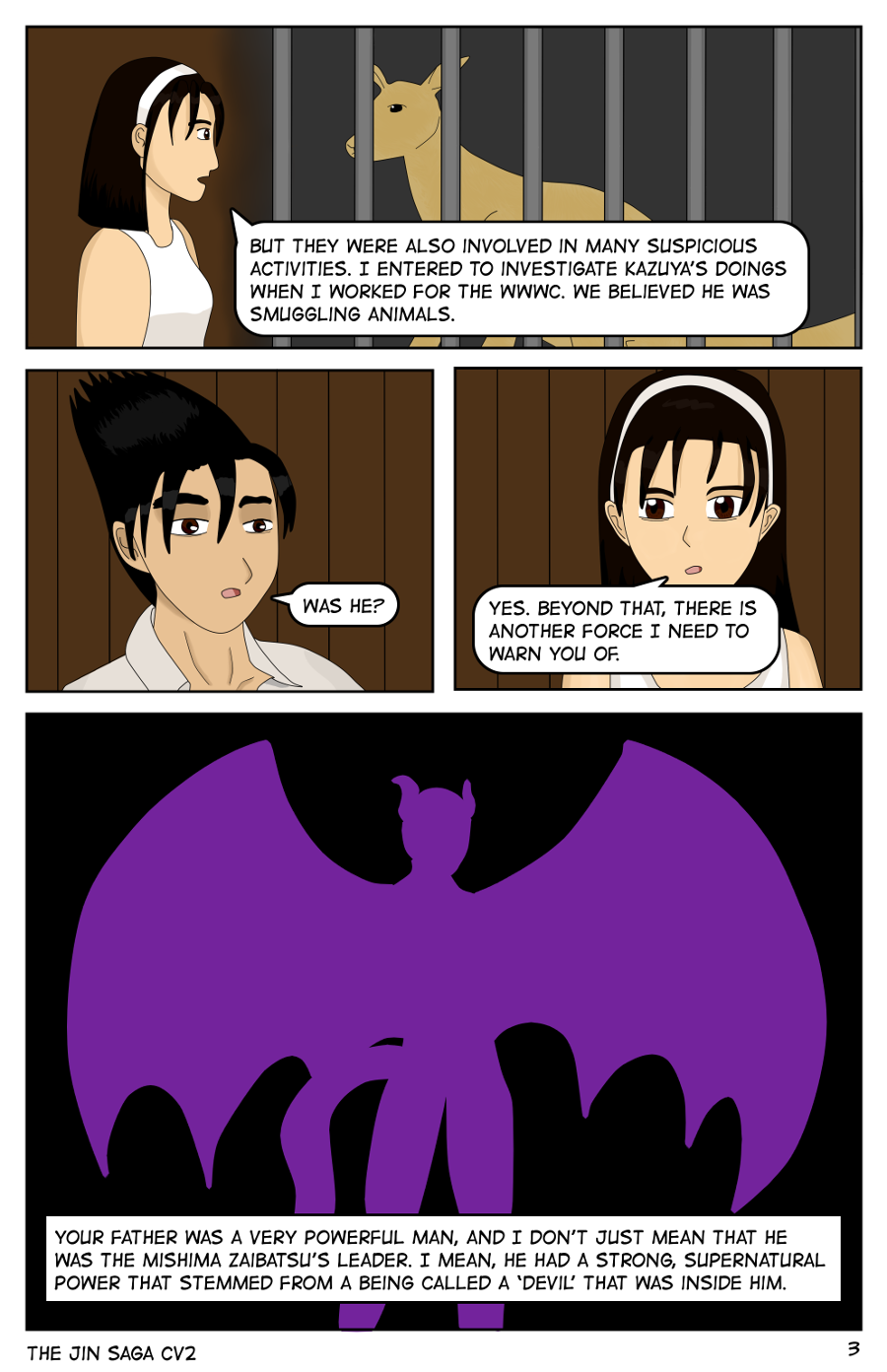 I have re-worked the menu here, removing Contact and Art because most contact form efforts are spam and art because most of my recent art is actually in a separate project, a Tekken web comic based on an old fanfiction of mine, The Jin Saga, the comic being called The Jin Saga CV2, since I am in the second effort of making the story into a web comic. I have also added a link to my Patreon in the menu. I have been focused more on these two things so figured it was time to note them on this website as I am preparing to publish page 3 of the comic soon. I didn’t want to post page 3 here without any reference at all.

Convenient links within this post as well:
The Jin Saga CV2
Patreon